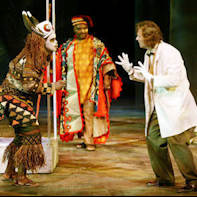 Five African masks – Nomfama, Buthongwana, Ntsizi, Nokufa, Phakade – are on display in a European museum. Their curator greatly treasures them, yet conceives of them solely as exotic artefacts, too precious ever to be touched. However, when a shamanist Griot does touch them, they awake to confront their keeper with the inconvenient insight that they are not exotic at all, but rather familiar representatives of universal archetypes – blindness, sleep, sorrow, death and eternal change.

Reflecting on contradictory positions of African and Western perceptions of art, the work is specifically scored for a cast of African and European characters and, in addition to a conventional orchestra, for two specialist ensembles of indigenous African and European Baroque instruments respectively. In hindsight it appears that its collaborative creation was perhaps only possible during the historical moment of South Africa’s short-lived Mandela euphoria, when the nation’s extreme cultural diversity was perceived as an enriching resource, rather than a threatening handicap. 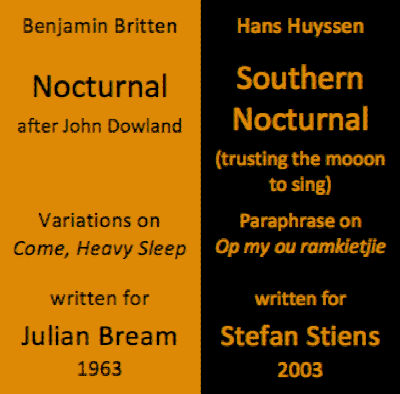 Benjamin Britten’s Nocturnal, written in 1963 for Julian Bream, the leading guitarist at the time, is considered a landmark composition for solo guitar. It is a set of reverse variations, with the theme – Dowland’s Come, Heavy Sleep – only being revealed, as it were, at the very end.

40 years later I happen to receive a commission from the renowned German guitarist Stefan for a new solo piece. Following Britten’s example I also engage with a nocturnal song, paraphrasing Jan Bouws’s setting of C.L. Leipoldt Afrikaans poem Op my ou ramkietjie. Contrary to Dowland’s evocation of sleep as momentary relief from pain, the singer here displays a characteristic South African insouciance, strumming away on his one-stringed banjo, regardless of his despair.

All similarities and differences considered, a nod of acknowledgment from the Southern hemisphere seemed fitting and found its way into the title. 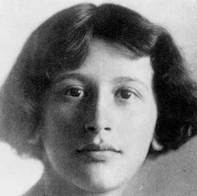 a capella motet on texts by Simone Weil & Jochen Klepper

Opening section of the motet: 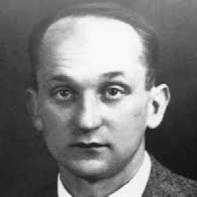 a capella motet on texts by Simone Weil & Jochen Klepper

Jochen Klepper (1903-42): German editor, author and poet of Silesian background; Set to music some of his spiritual lyricism has been integrated into widely popular hymns and is considered the most important 20th century contribution to the German evangelical hymnbook.

In spite of completely different backgrounds, fateful events during WWII lead both Weil and Klepper to radical theological reflections on the topic of universal and personal suffering. Drawing the final consequence from an uncompromising way of thinking and living, both commit suicide. 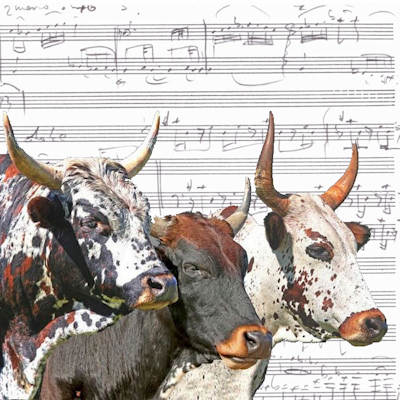 Trio for flute, cello and piano on the Sena Tonga herding song Ngororombe

Amongst ethnomusicologist Andrew Tracey’s numerous field recordings of indigenous African music, there is a particularly appealing rendition of a herding song, played with breath-taking virtuosity by a Sena Tonga herder on a Mujanji flute. This 1972 recording from the Mutoko area of Zimbabwe became the starting point for a metaphorical composition, based on the following consideration.

If the herding song is taken to reference a traditional pasturing culture, its musical deconstruction may imply a reflection on the disappearance or disarray of this way of life in today's rural Africa. But recomposing the fragments shows that new orders can emerge in many different ways. Arguably, the ability to find such new and viable orders within changing context is more important than trying (in vain) to uphold the original or authentic. 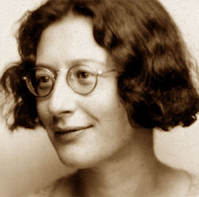 In Simone Weils theological thinking god’s absence from his creation is the greatest proof of his love. (God cannot be present in the world, except under the form of absence. By creating what is different from him, he necessarily had to withdraw from it.) For this reason, ‘separation’ and ‘emptiness’ are prerequisites for the gift of true fulfilment. And as suffering is the ultimately force to efficiently cause such severances from earthly attachments, it is an essential part of experiencing the divine.
In the same vein she stresses that suffering is pointless, if it does not fulfil this purpose. It should not be sought as a kind of punishment or purification, but only as a means of final acknowledgment of reality. A similar recognition of true reality may also be practiced in all joyful experiences: 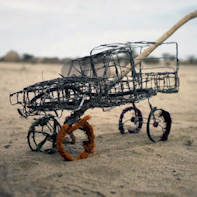 The title is a tribute to the client and a programmatic call in one: As the well-known car manufacturing company’s name goes back to the Latinization of the name of its founder August Horch, it is precisely this 'harkening' to the characteristic features of native African music, that the composition suggests.

Many of these features – such as additive pulses, asymmetrical rhythms, time-line patterns, ostinato figures as an expression of a cyclical understanding of time – have long since been studied and described. Yet, strangely, they have hardly ever found their way into the design of new music in the Western world. Audite is an attempt to effect this. 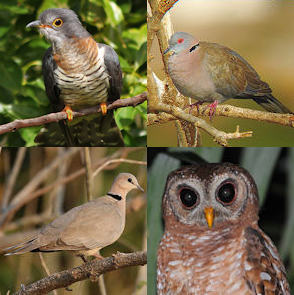 for solo violin and African birdcalls

A short and playful piece, conceived as response to the calls of several bird species that contribute characteristically to the acoustical backdrop of the Western Cape region of South Africa. The sampled recordings that are to be played back on the violinist’s cue, have been ‘tuned’ (transposed) ever so slightly, to allow their integration into the composition as tonally and rhythmically fitting musical patterns.

The soloists, clockwise, from top left: 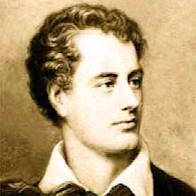 musical scene for S, A, T, B soloists und instrumental ensemble on a poem by George Gordon Byron (1788-1824) 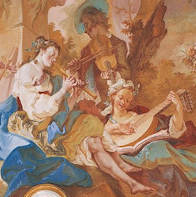 The form of this work was inspired by the allegorical frescoes of the rococo painter Gottfried Bernhard Göz in Schloss Leitheim (near Donauwörth in Southern Germany). With a different theme expounded in each room, the series of paintings respectively depict the four elements, seasons and times of day, as well as the human temperaments and life ages.

Toiling with the structure of a wind quintet at the time, the set of frescoes provided the idea to assign allegorical roles to each of the five instruments. The result is a composition that may be described as an organological compendium in five movements, all of which are complemented by played-back text recordings in different languages and thereby evoke linguistic, literary and historical references to the respective time and place of origin of each of the five instruments.

Completing the creative process, the quintet returned to Schloss Leitheim for its premiere as an acoustical response to the symbolic frescoes adorning the concert hall. 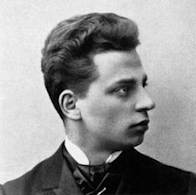 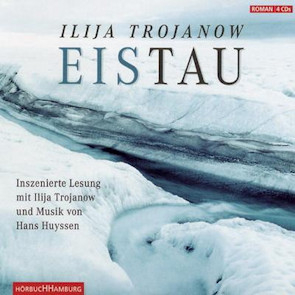 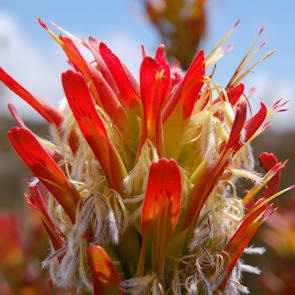 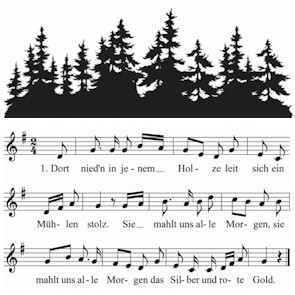 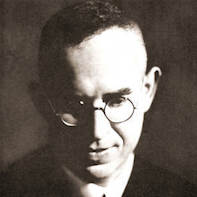 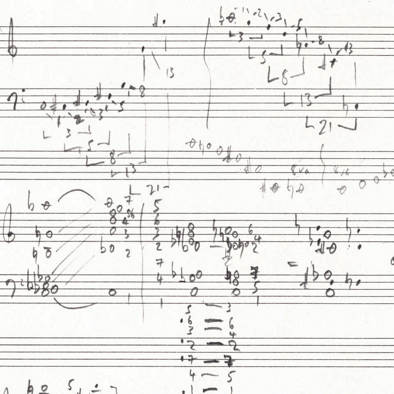 The Fibonacci sequence is defined as a series of numbers, in which each number is the sum of the two preceding ones: 1, 2, 3, 5, 8, 13, 21, etc. Hence it is a so-called a growth series that can frequently be observed in natural processes. It is named after the Italian mathematician Leonardo Pisano Bigollo, nicknamed Fibonacci (1175 – ca. 1250), who is the first European to mention the series in his Liber Abaci (1202) – using it to calculate population growth.

If the values are read as lengths or magnitudes, the ratio of consecutive neighbouring numbers increasingly approximates that of the golden section. From all possible asymmetrical divisions of a distance, the golden section represents the special case in which the ratio between the longer and the shorter segment corresponds with that of the whole segment in relation to the longer segment. Throughout history it has been regarded as an ideal and aesthetically pleasing proportion and therefore frequently appears in art and architecture. Not surprisingly, it also creates very attractive musical shapes, if applied to any parameters such as intervals, rhythmic figures, formal sections etc.