Hello - and welcome! This website integrates several features. First, it profiles my work as composer, musical director, Baroque cellist, lecturer – in sum, that of a musecologist. Second, it will continuously be expanded to serve as repository of recordings, videos, texts and images. Once completed, it should incorporate the multiple functionalities of an archive, a discography, a music shop and an exchange node. Orange-coloured links lead you to factual information, such as a cv, list of works, reviews, etc. The olive links invite your perceptive participation – here you may listen to music, watch performances, peruse various text, purchase CDs, scores and sheet music or contact me. The icons on the index page serve as shortcuts to the most important pages. Destination pages contain customized side-menus that facilitate further detailed navigation.   Enjoy your visit and don't hesitate to send me your questions, comments or requests.       Hans Huyssen

Hans Huyssen is a composer, Baroque cellist and conductor with a special love for early European Baroque music, rare traditions of indigenous South African music, as well as contemporary music of the kind that meaningfully responds to relevant contexts. In musicological studies accompanying his practical work he has applied complexity theory to music, developing a practice-based epistemology that facilitates the framing of music as complex phenomenon. Further work from this vantage point aims at outlining a systems-orientated, interdisciplinary approach that would principally include the whole ‘ecology’ of a musical event and might therefore perhaps best be described as musecology.

Complexity thinking has enabled Huyssen to integrate his diverse musical interests and to combine artistic and academic work in many different ways. Performances as artistic director of the Munich based ensemble for Early & Contemporary Music così facciamo, as well as the Cape Consort in Cape Town, require him to commute between Germany and South Africa frequently.

Huyssen is a STIAS fellow, holds a NRF research rating for his work aimed at facilitating intercultural dialogues in South Africa and was a recipient of the Helgaard Steyn Award, South Africa’s most prestigious composition prize. He was a senior lecturer at the Odeion School of Music 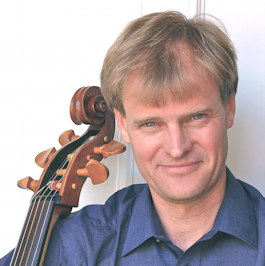 He is founder of mucavi records, the only South African CD-label locally producing recordings of early music on period instruments.